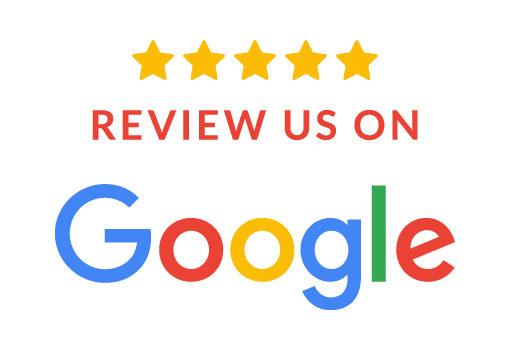 HomeNew PatientsContactProviders - Make a Referral
About us
Treatments
Patient Documents

Arestin™ (minocycline HCl 1mg) microspheres is a treatment for chronic periodontitis, an infection of the gums, that can lead to tooth loss and may be linked to other serious diseases such as cardiovascular disease, osteoporosis and diabetes. Arestin uses new microsphere technology to easily and effectively kill the germs that cause periodontal disease.

Periodontal disease occurs when bacteria builds up on your teeth under the gums, causing your gums to become red and swollen. This condition, known as inflammation, if left untreated, eventually results in damage to the ligaments and bone which hold your teeth in place, forming pockets around your teeth.

As the disease progresses and these pockets become deeper, your teeth can become loose and fall out. Dentists and registered dental hygienists can tell how severe a patient’s periodontitis is by measuring pocket depth and reviewing patient x-rays.

Arestin is the antibiotic and is administered locally, directly into the infected pockets between your teeth. A dentist or dental hygienist can administer Arestin after scaling and root planing, a common procedure used to treat periodontal disease.

Arestin was studied in more than 920 patients with adult periodontitis at 22 universities and dental schools across the country. These large clinical trials allowed for the collection of extensive data establishing the safety and efficacy of Arestin. Minimal side effects were reported and those that were reported were similar to placebo. In these trials Arestin did not alter taste buds, stain teeth or cause stomach upset.

1. Who can benefit from ArestinTM(minocycline HCl 1mg)?

Most patients with periodontal disease can benefit from Arestin. However, Arestin should not be used on children and pregnant or nursing women.

2. Is treatment with Arestin a new procedure?

4. How long does treatment with Arestin take?

In clinical trials, investigators were able to treat an average of 30 periodontal pockets, in less than ten minutes. That’s up to three sites in one minute! Treatment time for placement depends on the location and the number of periodontal pocket sites, but generally the procedure is fast, easy and comfortable.

5. Will I have to return to the dentist to have Arestin removed?

No. Arestin does not require bandages and won’t leak or fall out. It is naturally absorbed by the body and does not leave anything to be removed by your dentist.

6. Does treatment with Arestin hurt?

Treatment with Arestin is easy and doesn’t cause discomfort. In clinical trials no anesthetic was necessary, which means no needles.

7. Are there any side effects?

In clinical studies, minimal side effects were reported. Those that were reported were similar to those in the placebo group. Arestin does not alter taste buds, cause teeth staining, or stomach upset.

8. How much does Arestin cost?

The cost of Arestin treatment will vary depending upon your treatment needs. After your dentist has evaluated your oral health and discussed the treatment options, he or she can provide you with an estimate of the cost. Keep in mind that treating your gum disease today is less costly and better for your health than waiting to treat symptoms at a more advanced stage.

Why Use an Antibiotic?

Periodontal disease is a chronic bacterial infection, and like most bacterial infections, can be treated with an antibiotic. Dentists and hygienists typically treat periodontal disease with a procedure called scaling and root planing (SRP). SRP is a non-surgical procedure that involves a deep cleaning above and below the gum line in order to remove plaque that accumulates on the tooth.

The root is then planed until it is smooth to eliminate plaque deposits on the root that can breed bacteria. Although SRP is effective at removing plaque build up, it doesn’t eliminate all the bacteria that cause periodontal disease. Adding Arestin™ (minocycline HCl 1 mg) helps eliminate the remaining bacteria.

Locally administered antibiotics (LAAs) play an important role in treating periodontal infection. Administered directly into the infected area, antibiotics kill microorganisms in the periodontal pockets. Minocycline, the antibiotic contained in Arestin (minocycline HCl 1 mg) microspheres, has been shown to be very effective in eradicating the bacteria that cause periodontitis.

The clinical trials for Arestin™ (minocycline HCl 1 mg) microspheres were large and well controlled. These studies were conducted at 22 universities and dental schools across the United States in more than 920 patients with adult periodontitis.

In these clinical trials, patients treated with Arestin plus scaling and root planing (SRP) had significantly reduced pocket depth compared to those treated with SRP alone. Pocket depth is a measurement that is used to diagnose and monitor the severity of periodontal disease. Pockets are formed around teeth when supporting tissue and bone is destroyed.

Because the severity of periodontal disease is measured in part by the depth of pockets, a desired outcome in periodontal disease treatment is the reduction of pocket depth. In addition, clinical trials showed that 25 percent more patients treated with a combined therapy of Arestin plus SRP as compared to SRP treatment alone, reduced their pocket depth below 5mm, restoring their dental health to a point that can be more easily maintained.

The trials also showed that Arestin used with SRP was particularly effective in patients with cardiovascular disease and patients who smoke. Arestin was also effective in more difficult to treat teeth such as molars and in challenging to treat sites that occur between tooth roots know as furcations. Typically, molar teeth and their furcation sites in particular are hard to clean with the scaling and root planing procedure because of their shape and location in the mouth.

Arestin is easy to apply, allowing dentists to reach these harder to treat sites and because Arestin is so adhesive, the antibiotic remains in these difficult to treat areas and kills the infection for a long period of time. Arestin can be administered quickly right after scaling and root planing, which allows patients to address all of their oral health needs in one brief visit.

In addition, studies show that there is a possible link between periodontal infection and cardiovascular disease, diabetes, osteoporosis and increased incidence of pre-term, low-birth weight babies. These added risks makes early diagnosis and treatment of periodontal disease even more important.